I just discovered the work of Alexandre Farto aka VHILS – a Portuguese street artist. His projects appear on all sorts of surfaces ( see 1, 2, 3, 4) but what really blew me away is his work on street walls. Some of his murals are simply hauntingly beautiful. For example see these murals in Italy: 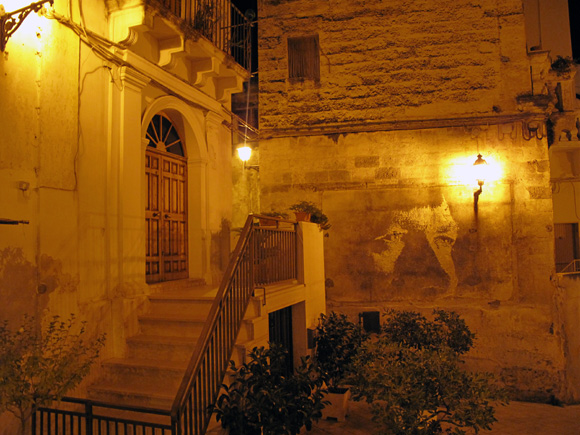 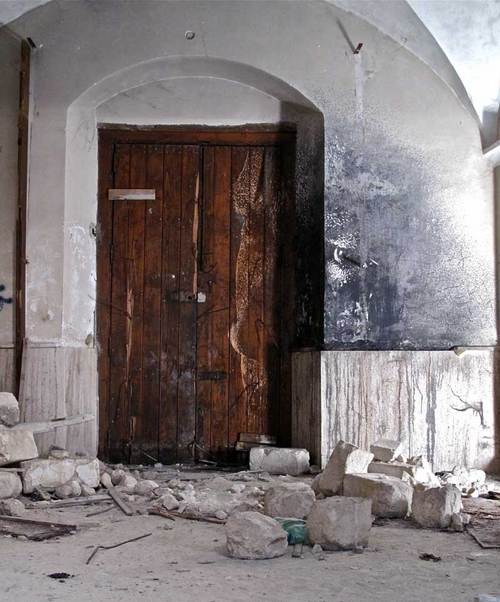 Or this work from Shanghai depicting the face of an evicted tenant  on a building slated for demolition (via a Shanghaiist story):

I am now wondering whether they will keep this mural in the new neighborhood.

Mises on value and credit

These two quotes by Ludwig von Mises stuck with me from a quick late-night re-reading of his Human Action. The first pertains to the classical economic position (now defended only by the Austrian School) on the notion of value. To my best knowledge this position (known as the subjective theory of value) was first developed by the Salamanca School in the 16th century, in reply to the centuries-old medieval church dispute over what constitutes a just price. The church fathers – most famously Thomas Aquinas – argued that value is intrinsic to every good, and is expressed through the labour of the person producing that good. Accordingly, a just price would cover the cost of labour in the production of a good plus a small charge on top of that. Interestingly enough, after this line of argumentation was abandoned by the Catholic church, it was taken with renewed vigour in the 19th century by Marx. The subjective theory of value on the other hand, as first expressed by the Dominican monks from Salamanca, argues that the only just price is the one settled on between a buyer and a seller. Here, Mises phrases it excellently:

Value is not intrinsic, it is not in things. It is within us; it is the way in which man reacts to the conditions of his environment. Neither is value in words and doctrines, it is reflected in human conduct. It is not what a man or groups of men say about value that counts, but how they act.

The second quote pertains to the Austrian school’s position on credit expansion. In Mises’s position credit expansion by the state leads to severe market distortions and directly causes the boom-bust cycles of economic activity. His argument is that the only way for the system to clear itself from the bad credit is to allow those institutions who participated in the transactions to bear the consequences – i.e. go bankrupt. The longer this reset is postponed the more drastic the consequences will be, simply because postponement here stands for further infusion of bad credit into the system so as to maintain the illusion of operability. Here, he describes the final consequences of a boom fabricated through state credit expansion.

There is no means of avoiding the final collapse of a boom brought about by credit expansion. The alternative is only whether the crisis should come sooner as the result of voluntary abandonment of further credit expansion, or later as a final and total catastrophe of the currency system involved.

The future of war, just around the corner

In an earlier post I mentioned drone swarms, and the likelihood of their arrival in the not too-distant future. However, there is another development much closer to being actually deployed as it is already undergoing advanced field trials. I struggle to think of a warbot creepier than DARPA’s AlphaDog. To appreciate what you see, keep in mind this is only a prototype of a warbot which in its final form will probably be around 4 times larger, completely silent, smart enough to self-navigate and engage with humans (voice recognition), and on top of that – heavily armed. The fact it can already autonomously move over unknown rugged terrain is astonishing.

If you have seen/played Metal Gear Solid this should be causing deja vu.

I just read the UK Government has rejected a posthumous pardon for Alan Turing. While this is not surprising, it is an outrage. Why? On the one hand, because of the nature of his ‘crime’. On the other hand, because Turing is the one intellectual superhero of computing and therefore the internet. Not only should he be pardoned, but every computing device should have a little statue of him inside (Turing Inside), while the British Monarchy should celebrate ‘Thank you Alan Turing’ day every year. Look around you, you see all the beautiful things which would be impossible without computers and the net? Turing.

Let us summarise a little bit of what Alan Turing actually did. He conceptualised a ‘universal machine’ – what we now call a universal Turing machine – and thus laid the groundwork for mathematical formalism in computing, meanwhile also proving Kurt Gödel’s solution to the decision problem in formal logic in his On Computable Numbers, with an Application to the Entscheidungsproblem. He designed, built from scratch, and wrote the programs for the first electro-mechanical computing device – the Bombe – which also happened to solve the previously unsolvable problem of breaking the Wehrmaht/Luftwaffe Enigma encryption. As an aside, this resulted in the Allied command knowing every move the German army and air force were about to take, often before the generals responsible for executing those moves had received and decrypted their orders. It is also worth pointing out this happened at the very beginning of the war. Deciding this is not awesome enough, he then went on to solve – alone – the orders of magnitude more complex problem of the Kriegsmarine Enigma code, therefore effectively winning the war for the allied command on the Western front (this is beautifully narrated in Neil Stephenson’s Cryptonomicon). Bored for challenges, while on a trip to the US  to impart his cryptographic knowledge to the fledgling US effort (there he met and massively influenced von Neumann) he started thinking about encrypting Churchill’s transatlantic phone calls, and off-handedly invented audio encryption. After the war, forbidden to speak about or in any way reveal his war contributions (imagine that), he went on to single-handedly invent the field of artificial intelligence in perhaps the awesomest academic article ever published – Computer Machinery and Intelligence. To top it all, he decided that since he cannot use any of his war effort work or even imply its potential ramifications (it was classified top secret until 2007), he would go on and invent the computer all over again – only better. And he went on to design, build, and write the programs for the first digital computer.

At this point you are asking yourself how did Her Majesty’s Government reward this intellectual force of nature? How much treasures, what honours, how many knighthoods did they heap on him? Well, for starters they forced him to undergo chemical castration via hormonal injections. Why? Because, you see, you cannot save Blighty, win the war, and invent modern computing while being gay. Sorry old chap, not allowed.

They then went on to publicly humiliate him, destroy his career, and finally push him to an apparent suicide.

The future of war

This via the ever thought-provoking John Robb at Global Guerrillas:

The algorithms that enable drone swarms is advancing EXTREMELY quickly. In the next couple of years, the number of advances in technology, deployments, use cases, and awareness of drones will be intense. In 5 years, they will be part of every day life. You will see them everywhere. Not just one or two drones. SWARMS of drones. Tens. Hundreds. Thousands. Millions (potentially if the cost per unit is small enough)?

How soon will we see that. It’s already here. Here’s a video depicting experiments performed with a team of nano quadrotors at the GRASP Lab, University of Pennsylvania. Vehicles developed by KMel Robotics. It was posted today:

This reminds me of the Protoss carrier unit from Starcraft, of Ender’s hive attacks in Orson Scott Card’s ‘Ender’s Game‘. Imagine hearing that noise amplified 100 times, and the sky dotted with a flotilla of these.  Smells like Skynet.

This work is licensed under a Creative Commons Attribution-NonCommercial-ShareAlike 4.0 International License.